5-Elements refers to five universal elements that exist within any space. It could be the inner space, the outer space or the magnetic force fields. They resemble growth, death, complements, conflicts and balance. The 5-Element comprises Wood木, Fire火, Earth土, Metal金, Water水. Although their existence do not relate directly to the nature of each element, their characteristics had instead being referred to as the fundamental sources that balance the magnetic forces. The fundamental characteristics of the 5-Element are classified into two main categories of Complements and Conflicts. They are further developed into the various compound energies within other elements such as the geometrical forms and colours. 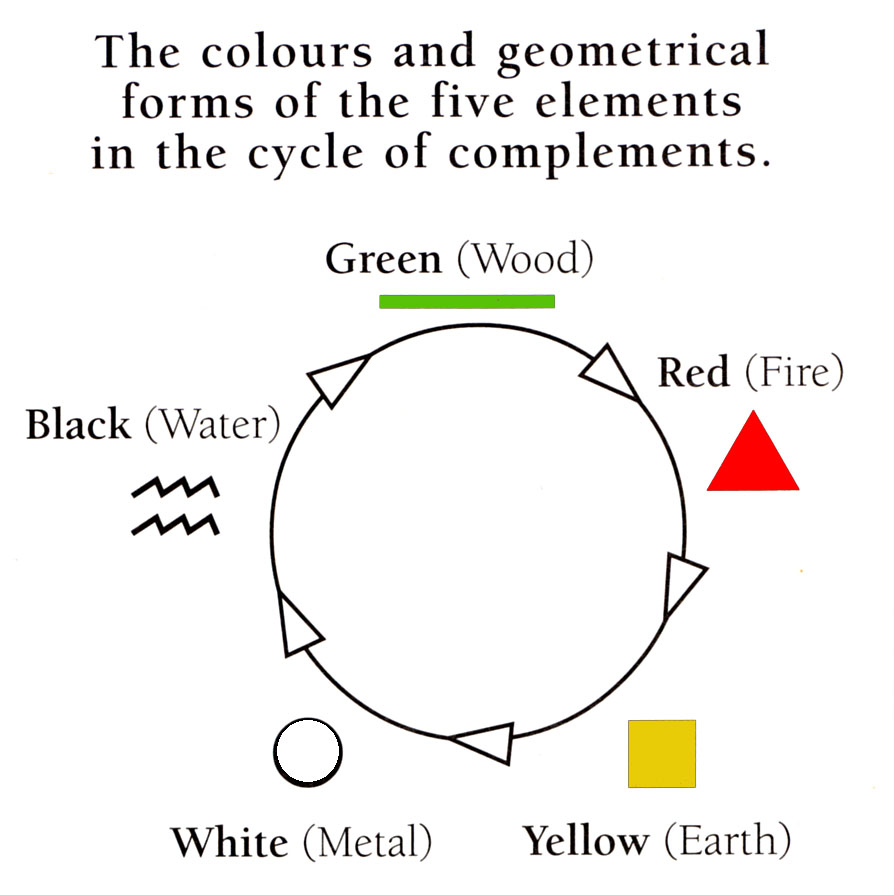 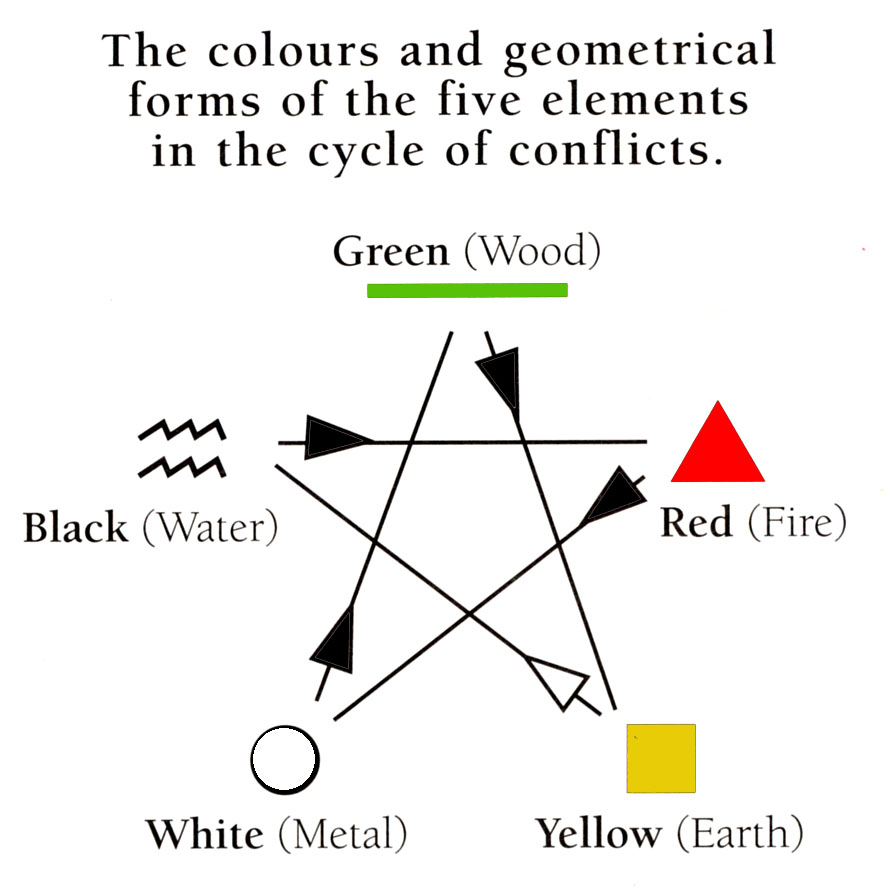 The cycle of Complement is the natural characteristics of the 5-Element each complements the other. Such as Wood complements Fire as Wood increases energy and adds power to Fire. Fire complements Earth as Fire creates Earth through its burning power which adds Earth in its energy value and quantity. Earth complements Metal as it develops metal’s growth value and increases metal energy in earth. Metal complements Water as Metal produces liquid energy at its melting point. Water complements Wood by nourishing it and provides energy to Wood. The Cycle of Complements is the energy growth of the 5-Element. It is directly related to the natural living environment on earth.

The Cycle of Conflicts is conflicts between the 5-Element. Wood conflicts earth as it absorbs energy from earth. Fire conflicts metal as it melts metal . Earth conflicts water as it absorbs water. Metal conflicts wood as it  chops and breaks wood. Water conflicts fire as it kills fire.

The Cycle of Conflicts shows the ability of one element weakening the other. However, within the conflict cycle, the general application is only refers to an equal value of each element. The weaker element could sometimes be overpowering the main element if its value exceeds the controlling power of the main element. For example, metal conflicts or controls wood only under equal value between both elements. When the wood element is on a larger scale exceeding the metal value, then the metal element will become weaker instead and lost its control over the wood element.

A similar example could be referred to as one bucket of water would not put out a large scale fire.  A small metal chopper would not have the power to cut down a large tree (wood). Applying the principle of complements and conflicts is depended on the equal value of both elements. Similarly in the complement elements, water may complement wood, but too much water would cause a reversal effect on wood. For example, the right amount of water will help in the growth of wood, but an excessive amount of water will eventually causing flood which will damage wood instead.

The principle of 5-elements becomes the main source that governs the cosmic forces, they are classified into five individual forces complements or conflict each other when applied in different orders.