“DeJiao” may be referred as the Religion for Moralism. Worshiping the teaching of LaoZi, whom created the legendary Tao-De-Jin 道德经 which has been the fundamental guideline for the development of Chinese custom, believes and culture. “Tao” eventually developed into Taoism religion 道教 and “De” became the religion for Moralism 德教. DeJiao worship the equality of all mankind, hence, believe that the major religions are also equal. As such, DeJiao temple usually comprises 5 main religions including the portrait of LaoZi (Taoism 道教), Buddha (Buddhism 佛教), Jesus Christ (Christian 基督教), Prophet Mohammad (Muslim 回教) and Confucius (孔教). Originated from Kuang-Dong province in China in 1939. Today, this religion had spread all over the world with worshipers from both the East and West.

The temple was built with the instruction given by the legendary fengshui deity Grand Master Yang-YunSong through the sandbank scripts. He had also included the selection of the location for the temple. It is mystical but had shown the power of Theological fengshui applications. 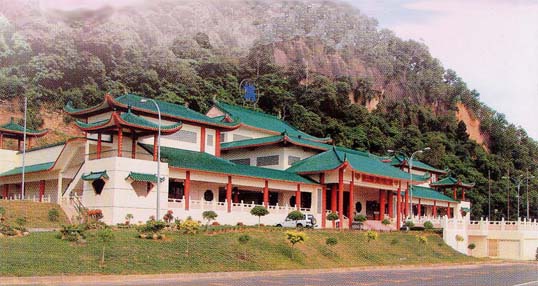 The hill behind the temple 靠山朝海,龙虎双全 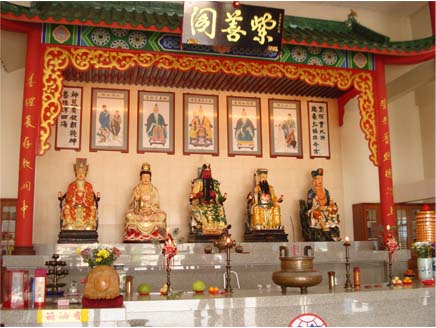 Land form around is the shape of crab, hence, red colour is not used.

Calligraphy written by the Deity. References granted by Yang-YunSong 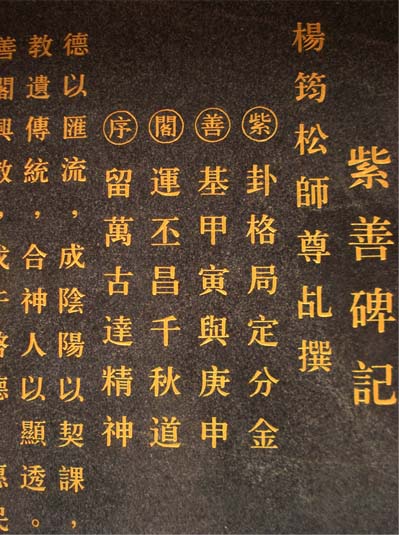 A large rock found on the white tiger side. 镇山吉祥神 – 石敢当