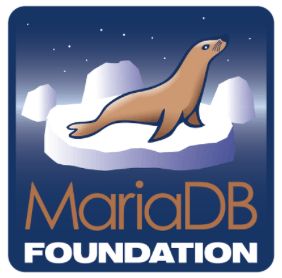 MySQL and MariaDB are the two most widely installed relational databases. As we know, when running or building an application, you will need to have some sort of storage. Be it games or software, there will need be data to be stored. The common large scale database is MySQL. Personally I do not prefer it, but there are so much applications using this database, its not a bad idea just to get an idea of how to use it. MariaDB is the exact clone of MySQL, but on a more open and permissive license.

In Linux terminal, typing the following command will install mysql.

or to install mariaDB instead

follow instructions and enter new password for mysql admin. A good front to access your MySQL installation is phpmyadmin. However before you do that, you will need to install a web server and php support.
Notes: PhpMyAdmin for MySQL
To administer MySQL painlessly, its ideal to install a webfront for MySQL. The most widely used is phpmyadmin. To install make sure you have a http server such as apache, nginex, lighttpd or cherokee. Again in Linux terminal run the following command.

SQLite a favourite for small Apps and Websites. Now, databases need not be large DBs. There are cloud DBs and NoSQL DB. SQLite I recommend here is based on traditional SQL based commands. The only difference is that its an embedded DB. It doesnt need a server like MySQL.
So what is SQLite? Many languages have it already built in. To get an idea, you can install Mozilla Firefox and download the manager SQLiteManager. All you have to do after you have installed it, is to create a local file. YES, just a local file and that is your database. You can access it via python, java and php.

MongoDB (coming from humongus) is a mature and one of the most widely used NoSQL Database. It is also one of my favourites. NoSQL represents Not Only SQL. MongoDB is based on the philosophy of document based databases. This means that the records do not have to be in columns or have connecting IDs (if you compare this to relational databases)

(Not only SQL) WebDbs on CouchDB. Apache CouchDB is based on JSON which is a document format data. Meaning this is human readable and easily passed around. CouchDB boasts non-locking or non-blocking architecture which allows concurrency in DB.