Ma Zu (妈祖) is a south east asia deity in cultural taoism. A sculpture was transported to Sabah Malaysia and left in ruins. The piece of art and symbol of piece needs help and support for the construction to take place.
“Mazu (traditional Chinese: 媽祖; simplified Chinese: 妈祖; pinyin: Māzǔ), also spelt Matsu and Ma-tsu, is the Chinese goddess of the sea who is said to protect fishermen and sailors. The worship of Mazu began in the Song Dynasty. Mazu is widely worshiped in the southeastern coastal regions of China, especially in Zhejiang, Fujian, Guangdong and Hainan. She is also an important deity in Taiwan. Mazu is also worshiped in East and Southeast Asia.
Her birthplace was Meizhou (湄州) in Putian County (莆田縣), Fujian Province.[1] She was born in the year 960.[1] Her family had the surname Lin (林).[1][2] She had the name Lin Moniang (Chinese: 林默娘). She died on 4 October 987.[1] After her death, she was remembered as a young lady in a red dress, who would forever roam over the seas.” — Wiki 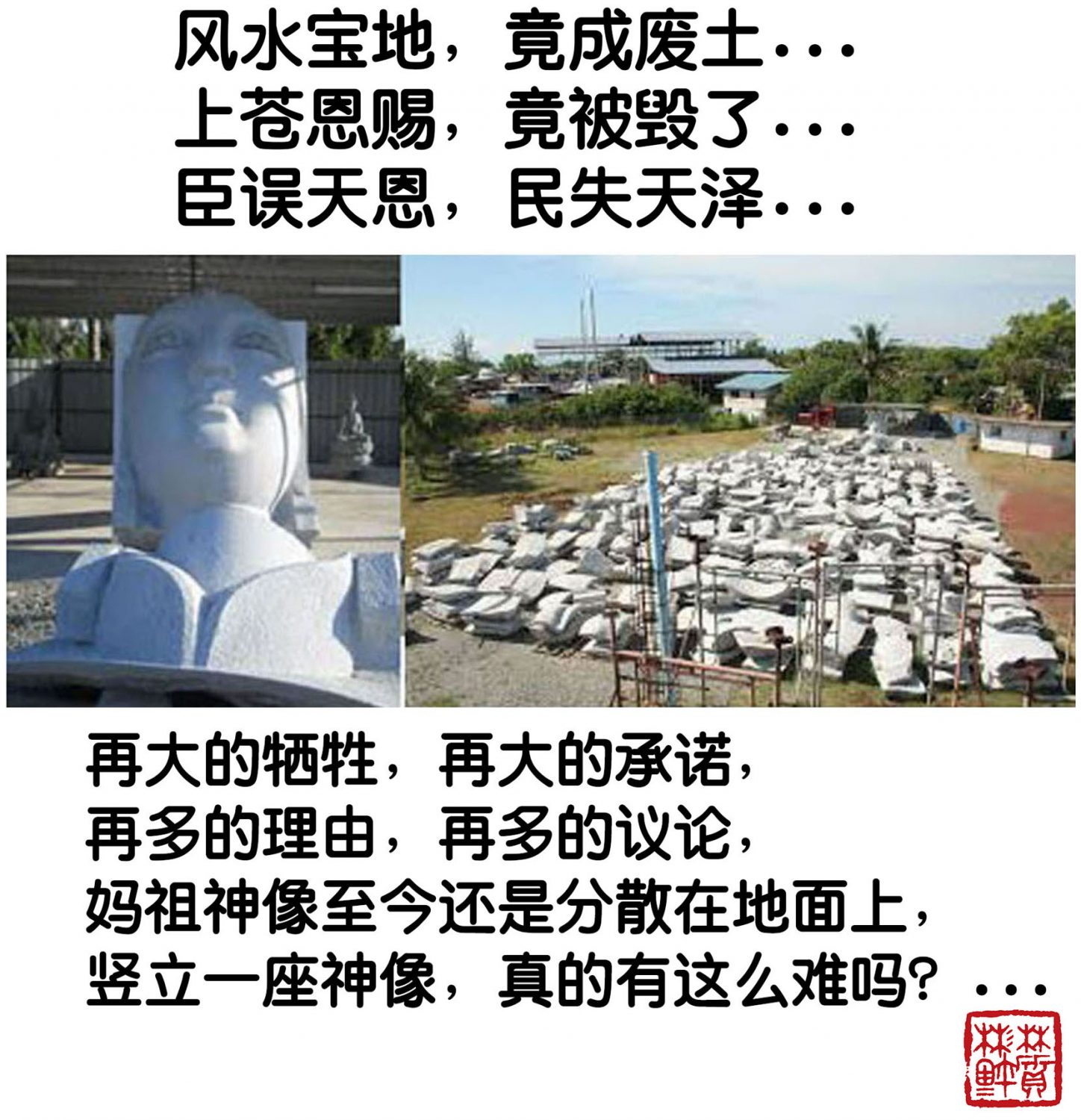