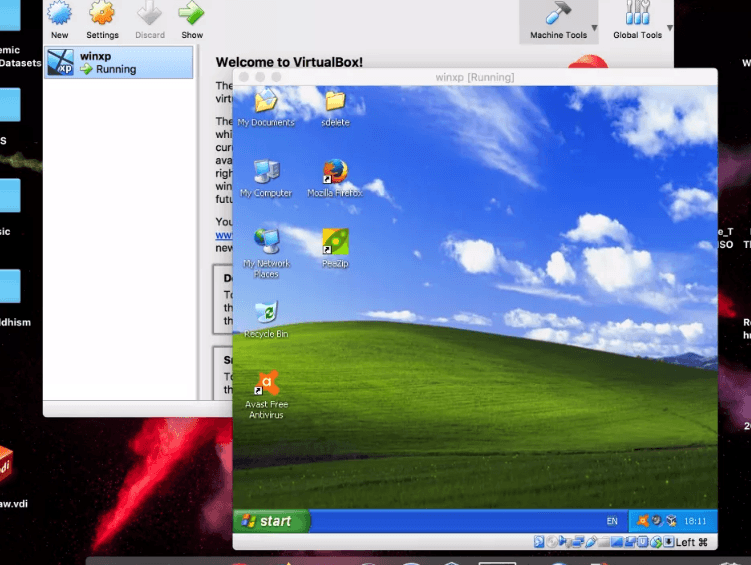 Windows XP SP3 is the last official release of the XP edition and has been removed from end of life back in 2014.
The nostalgic side of me, got my hands dirty and got a really old legal image I built back in 2009 restored back in action.
I tried to install a fresh version however as verification for authentication (either by phone or online) is no longer available by Microsoft, all new copies no longer work even if you have a legal version to reinstall.
There are several ways saying you can go around it via using some work arounds but I wont mention it in this post. It can be easily found by googling.
Softwares that still support XP
In this post there are a few softwares that work well. Back in the days we used security essentials and google chrome; however both have ceased to support XP.
The alternatives so far that work best is

All above worked nice and my VM works well.. speeding thru with 512mb of virtual memory.
Large VM size
My VM grew quite large with dynamically extendable volume of 20gb with a bit of apps it was up to 10gb of the 20gb. Irritating.
A couple of tricks that I researched allowed me to squash a full xp (with all the updates) to 5.9gb. There are talks about clonevdi.. but now with the newer version of virtualbox commandline tool, you can do it just from commandline.
After running the following steps

You can zero out using sdelete from systeminternals (Microsoft) to ensure all free space is zeroed out. The virutalbox VDI unfortunately reads it as a valid used space even if its empty (if its not zeroed out)
So download the exe file (https://docs.microsoft.com/en-us/sysinternals/downloads/sdelete) and run the following in (start > run)

This should zero out your c: of your guest XP.
After running that.. from your mac (host machine) run the virutalbox command line tool to compress the file.

If your host is linux variants run the following

After this, it should squash it quite a bit and now you can save it as a snapshot for future use. congrats.