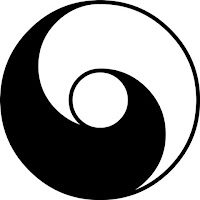 The art of living in harmony with the natural environment has been a key guideline, passed down from generations of oriental families. Many evolved practises from Tao to Zen became part of the oriental culture seen in Chinese, Korean, Japanese, South East Asians.
The wide spread of appreciating nature as a part of life has been attributed to trading which goes back to 500BC. There are also many associations to silk road where merchants from around the world exchanged knowledge and technology. Concepts of Tao have influenced the persians in middle east to Japanese in the far east. Much of the oriental culture has been integrated into their own customs and now this culture is now a world culture no longer exclusive to the orient.
Tao has also been associated to be a religion, martial arts, form of exercise and a philosophy. Fundamentals of Tao promotes harmony in both nature and in life. By nurturing a simple natural lifestyle one will be able to function healthly at best.
Taoism
Taoism (romanised word) or Daoism (which has closer pronouciation) has of the largest community in the world, along side Christianity, Islam, Hiduism, Buddism. Taoism has over 2000 years of tradition and its roots are often disputed to be as old as 3500 BC.
The modern Tao is diversed and compared with various sectors in Christianity or Buddism (such as Japanese Buddism, Thai etc.)
The basis of Tao is distinct from other religions. Tao as a religion does not idolise any almighty supreme being, but an observation of universal rule and way of life. This is sometimes referred as a universal law of Tao.
Seek for Modern Tao as a Religion
Tao is an observation of life and a universal fact of everything around us. One example is the Yin and Yang philosophy of fundamentals of Tao which corresponds to positive and negative of states.
Appreciation of cultural beliefs
Life after death in cultural belief. Chinese folklore illustrates the 13 floors of hell, judges and existance hell guards.
Taoist Canons aka Main Texts (i.e. Bible in Christanity and Kuran in Islam)
Yi Jing
Dao De Jing
Nan Hua Jing, attributed to author Zhuang Zi but believed to be a joint composition of multiple literary authors: http://ctext.org/zhuangzi
Other Notes
Over time, the overall Tao absorbed many cultural aspects. One of which is Fang Xian Dao 方仙道, also known as Shen Xian Jia 神仙家 is a an early form of philosophy which is later integrated into Taoist 道教 Religion. This form of Tao practises alchemy, medicine in form of pills, spiritual and sacrifices. In modern world, majority of oriental countries still follow this traditional custom and practise this under the name of Tao.
Under Taoism the philosophy originates from Yi Jing, Dao De Jing and Dao Zhang Jing. In comparison to Shinto (神道), the common taoism practice of burning incense and praying to saints would be comparatively similar. For clarity, common taoism cultural practise is similar so Shinto.
In the philosophy of Tao, such as wu dang and other schools, the practise are focused on spiritual development or cultivating the body. These schools branches onto the techniques of self cultivation. There are 2 areas of this. Body cultivating such as Taiji, meditation, qigong are self cultivation using Taoism philosophy. Other areas are is external consumpion such alchemy, environmental study and talisman / rituals.
The bridge onto environments brings the gap to spiritualism of Tao, which is Shen Tao (神道). Shen Tao is focused on rituals, praying and the ideology of spirits. The belief of spirits of deceased becoming saints.
More can be read on from wiki
http://en.wikipedia.org/wiki/Portal:Taoism
http://www.bbc.co.uk/religion/religions/taoism